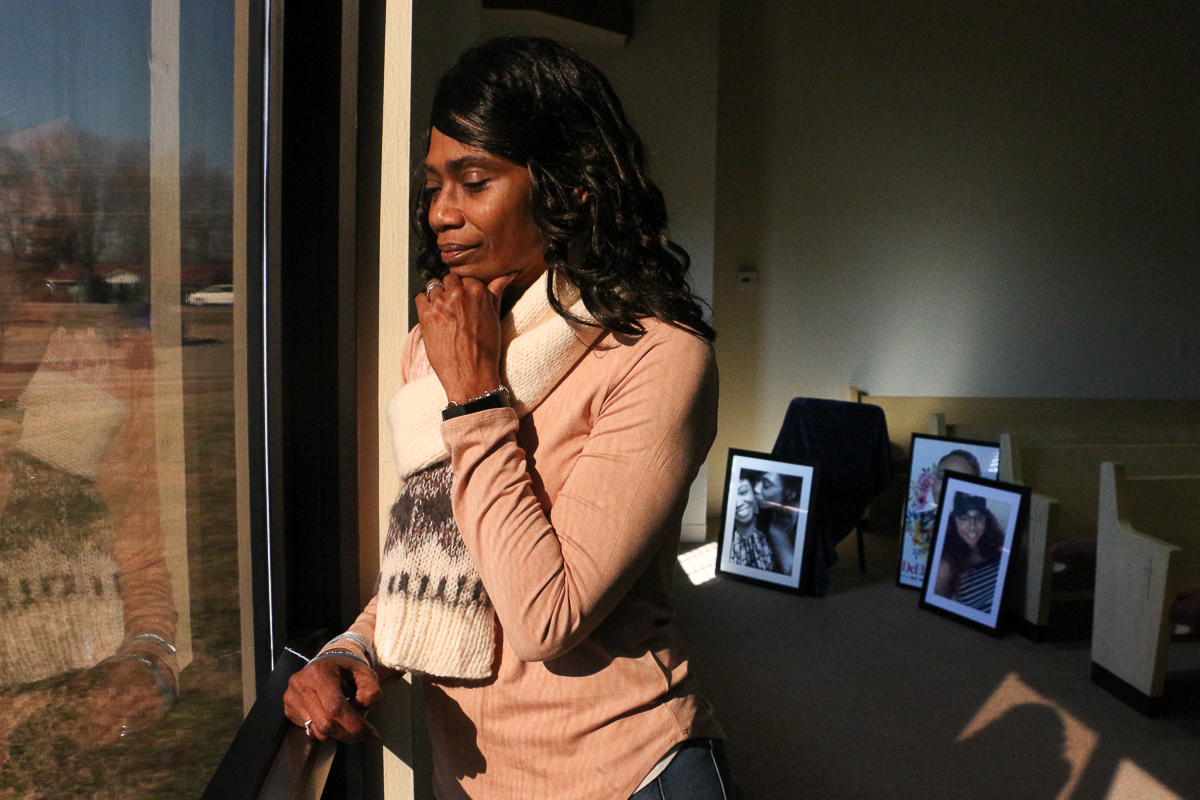 Four years after the shooting at a Nashville Waffle House, the trial of Travis Reinking came to a close. The jury’s decision to convict Reinking of four counts of murder marked an end to a painful chapter.

But for the families who lost loved ones, it isn’t over. It won’t ever really be. They still have to live with their grief.

“I’ve been around other people who seemed angry at the situation. What will it accomplish?” asks Shirl Baker, the mother of shooting victim DeEbony Groves. “It’s not going to fix anything. It’s not going to bring her back. And I just feel like — the way I was before she died, that’s the way I want to try to remain.”

Sitting in the pew at her church in Portland, Tenn., Shirl says she tries to find hope and positivity through her sorrow.

She’s surrounded by a dozen framed photos of her daughter — showing off her “million dollar smile” that Shirl says could light up an entire room.

One of her favorites is a selfie of DeEbony wearing her sorority hat.

“I still have that dress she has,” Shirl says. “I saved it. I got it in a Ziploc bag because it has her aroma on it. And sometimes I go in and just take a whiff.”

DeEbony and her brother were ten years apart, but Shirl says their worlds “revolved around each other.” She pulls up a video of DeEbony hopping in a car, wrapping her arms around her brother. She shouts “Happy birthday!” loudly, in a voice anyone with a younger sister might recognize.

“As soon as my son started driving and got a car, she went nowhere with me anymore,” Shirl says laughing. “Every time his car took off, she was in that front seat.”

Shirl smiles to herself and looks down at her hands as she thinks about DeEbony.

“I miss so much,” she says quietly. “She didn’t call me mother. She called me mommy. And some days I just, I yearn to hear that.”

She says four years after losing her daughter, she still doesn’t have the right words to describe what it feels like.

She feels as though she has been able to rise up these last few years, to try and make something out of this tragedy. She started a foundation in DeEbony’s honor to help other mothers struggling with the tragic loss of a child. She helps foster support groups for moms, so that they don’t feel so alone and isolated in their grief.

She thinks DeEbony, who was weeks away from graduating with a degree in social work when she died, would be proud of the work she’s doing to help other people. Every Sunday on her way to church, Shirl stops by her grave to tell her about the foundation, and ask for her approval and support.

But she says the trial of Travis Reinking dredged up the pain and the agony of losing DeEbony again. She sat in the court room every day, trying not to look at Reinking, listening to vivid descriptions and watching videos of the moment her world was irrevocably changed. The trial lasted for about a week, until the jury convicted Reinking of murder and sentenced him to life without the possibility of parole.

“People ask me, ‘What about your victory?’” Shirl says. “Do I really have victory? I don’t know, but I don’t feel like I do because my heart is still broken. I still miss my baby and I don’t have her. Even down to Travis’ parents. They’re not winners either.”

She says the only thing she felt thankful for after the experience was that it was finally over.

“The journey to get here has been so rough, and I felt like a ton of bricks immediately was lifted off my chest,” Shirl says. “I had been carrying that for so long.”

Outside of her church, there’s a small red maple tree planted in DeEbony’s honor. Shirl says they picked this tree because her daughter liked to dye her hair red. A stone marks the tree, which reads, “In loving memory of DeEbony Groves, June 16, 1996 – April 22, 2018.”

Shirl notices something nestled into the branches of the tree and lets out a laugh.

“There is a bird nest in the tree!” she says, pointing with a smile on her face. “That’s another sign of life, so that makes me happy today.”